The Beauty of Dignity

Our thought this week comes from Rabia of Basra (c 717-801 C.E.), the most popular and influential of female Islamic mystics.

As a girl in what is now Iraq, Rabia became separated from her parents (they may have died) and wandered homelessly until she was captured and sold to a famous brothel where she lived and worked for many years.

From an early age, Rabia was both physically and sexually abused, yet she sustained her sense of self through prayer, meditation and writing poetry. When she was about fifty, she gained her freedom and became a spiritual guide to many.

Here is one of her simpler, shorter poems.

Second, I like that connection between dignity and beauty. For one thing, it suggests that anyone can be beautiful!

But what does it mean to “live with dignity”?

According to the dictionary, “dignity” is “the quality of being worthy of esteem or honor, worthiness…proper pride and self-respect.”

Dignity is about the question: What is your true net worth? It’s not asking about your bank account, but about your basic, inherent worth as a human being.

I think it is undeniable that a human being is the most valuable thing in the world. There is simply nothing else that has quite the imagination, the thoughtfulness, the playfulness, the capacity for courage and compassion and delight and goodness and aliveness, the depth…that an ordinary human being has.

This is not about puffery or ego inflation. It’s about something deeper. Listen, you and I are valuable, unique human beings and that is an amazing, terrifically wonderful thing—no matter what has happened to us!

As the artist Salvador Dali said, “I don’t take drugs; I am drugs!”  He also said that when he was five years old, he wanted to be Pope, and then his ambitions went up!

To “live with dignity” is to seek to live out of that heightened awareness of our worth and the worth of others. It is to remember that I am worthy—and to bring that sense of worthiness to the things we say and do and the way we are each day.

But this is challenging, because there are so many things that happen in life that erode our sense of worth, our “proper pride and self-respect.”

Maybe we need to put a sticker on our bathroom mirror that says: Objects in mirror are worth a lot more than they appear!

To “live with dignity”, to affirm our worth and the worth of each person—especially in these difficult times—that’s a beauty enhancement program we can all benefit from. And it’s free!

“’On with the dance, let joy be unconfined’ is my motto, whether there’s any dance to dance or any joy to unconfine.”

To read Twain’s life is to see that he lived life as a dance with joy—even in small, everyday things.

Twain had a rough background and was known for his use of profanity, but his wife Olivia was from a very refined background. One day, Twain overheard Olivia in another room cussing about something—which was unlike her. In a letter to a friend, he wrote: “Olivia is trying to learn how to cuss. She’s got the words but not the music!”

Twain understood that two of joy’s greatest tools are a sense of humor and stories. He literally traveled around the world sharing stories and bringing joy to millions.

But note the second half of his quotation: “…whether there’s any dance to dance or any joy to unconfine.”

Twain also experienced great problems and tragedy including the costly failure of a business venture and the loss of his wife, the great love of his life. “Dancing with joy” didn’t mean there would be no problems, of course, but it did help sustain him.

In these difficult times, Twain reminds us that now, more than ever, we need to dance with joy, we need our sense of humor, and we need to tell the stories.

The more we get tired of dealing with the coronavirus, the more important it is to keep dancing with joy.

“On with the dance!”

Today, I want to name three things that are vital to living a good life—under normal times and abnormal such as we’re experiencing now

One, do the right thing. Every day. To every person. While that makes good sense, think of all the times we forget. And we will forget. We will do the wrong thing. But a good, growing life has a central goal—to do the right thing. And when we don’t, we correct it without too much delay. Growth and health require casting off the things we do wrong and affirming the things we do right. That’s nearly as exciting as being shocked back to life!

Two, make peace. Tension, conflict, disagreement, angry words—these are all part of life, but they require peace-making. The work of making peace maintains humanity in the moments of inhumanity. Moments arise in relationships, in marriages, in families, and in the workplace when making peace—when being a peacemaker—can make all the difference in the world. Peace is powerful, restorative…and wonderfully human. The good life affirms peace as a goal.

Three, generate joy and pass it on. The experiences of a day, of a life, drain us, but joy never drains you. Joy adds life, energy, even power when you’re weary and spent. Joy always whispers, “I’m here.” In all circumstances—even in the times you can’t express joy—joy remains and is always ready at the drop of a hat. Joy never gets its feelings hurt, never complains when neglected, never hits back when abused, and never givesup on a human life. The good life never loses sight of joy as a goal.

Try to do right, pursue peace, practice joy—these are three things I’m certain of for living a good life.

The Poetry of Attitude

The other day, the marketing guru Seth Godin wrote something in his blog that stopped me:

Think about that. If attitudes are skills, then they can be learned, practiced, improved on. I suppose one could even aspire to become an “attitude craftsmen”—a person who cultivates excellent attitudes toward self, success, failure, other people (including ornery ones), difficulties, onerous circumstances and life in general.

They say you can’t do much to improve your IQ. But what about your AQ, your Attitude Quotient? Isn’t that eminently improvable?

And when you think about it, your Attitude Quotient probably has a more profound impact on your life, career, relationships and basic happiness than your IQ!

Suppose I wanted to develop a higher AQ, where would I start? Let’s ask some poets.

German poet Rainer Rilke talks about our attitude toward circumstances (a good thing to think about in this time of Covid):

“If your daily life seems poor, do not blame it; blame yourself, tell yourself that you are not poet enough to call forth its riches.”

Translation: changing your attitude to a bad situation just might help you discover the treasure buried right under your feet.

“Always fall in with what you’re asked to accept…My aim in life has always been to hold my own with whatever’s going. Not against: with.”

Translation: work with what you’ve got, what you’re facing, what you’re dealing with. There’s no future in complaining, resenting or fighting against it.

The ability to stand back and shift our attitude is a kind of poetry that can enhance the rhyme and reason of our daily experience.

So even if you can’t write a poem, cultivating your AQ makes you a poet of everyday life. 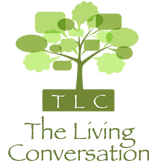